A range of different casks are used in Scotch whisky maturation. Before 1990 the casks were allowed to be of any wood, although only an odd chestnut cask has probably been used as most casks were made of oak. Now all casks have to be made of oak wood. Most casks are refill casks from bourbon industry made of Q.alba and to a lesser extent casks previously used to mature sherry (mostly Q.alba, sometimes Q.robur), port (Q.alba, Q.robur, Q.pyrenaica), wine (mostly Q.petraea), rum (mostly Q.alba) or even cognac (Q.robur). The first filling extracts much of the flavour compounds from the oak as most of free solubles are extracted during the first year of maturation. Spirits with higher filling strenghts reach deeper into the wood and extract more alcohol-soluble congeners, such as lactones, lipids, fatty acids, lignin-derivatives, phenolic acids and aromatic aldehydes. Lower strenght beverages and even fortificated wines extract more water-soluble components, such as tannins, glycerol and sugars. Esters are extracted practically evenly despite different ethanol concentrations. The breakdown of lignin continues as maturation is prolonged and more extractives are available at a considerably slower rate, higher alcohol-strenghts increasing the ligninolysis. 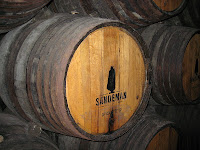 The high lactone-content explains the heavy sweet coconut aroma of bourbons, but the aroma is toned down in the refill casks as the lactones are largely depleted in the first fill with spirit. Wine extracts lactones too; a six month wine maturation decreases the extraction of oak lactones to about 30-40% in the second fill. The average oaklactone concentration in a new Q.petraea cask is about the same as in a wine-refill Q.alba and a bourbon-refill Q.alba is very likely to be much poorer in oaklactones. Trans-oaklactones extract themselves more easily during the first fill, so the cis-trans ratio is likely to be greater in refill casks, producing more spicy than sweet oak flavours. Q.robur is usually very poor in oaklactones even in a new wood cask, but Q.crispula (Japanese oak) is very rich in oaklactones, especially the cis-isomer, giving rise to spicy incence oak aromas, which are often further fortified with a sherry-treatment before filling in the whisky. Toasting increases the amount of lactones and although heavy charring diminishes the lactone-concentrations, the increased permeability through charred wood usually increases the total extraction into the spirit.

Spicy tannins and vanillins are typical for Q.robur and Q.crispula, but their concentrations in Q.petraea seem to vary considerably, although some of the "odd" single results might be explained by hybridization with Q.robur or other oak species. Seasoning of the staves is preferred in Europe instead of kilning, probably due to more astringent and tanninic taste profiles of the European oaks compared to Q.alba. Tannins soften during seasoning by the effects of rain, bacteria, yeasts and oxidation. Vanillin, eugenol, furfural and cis-oaklactone are reported to decrease in colder climate and increase in hot climate seasoning, but this may be also partly explained by different microbes present in Australia compared to those in France and the USA.

Smoky and spicy guaiacols are created from lignin in toasting/charring and through ethanol-induced lignification during maturation. Higher temperatures increase the guaiacol-concentrations which are likely to enchance the smoky flavours in whisky. Especially 4-vinylguaiacol is very soluble in spirits and is usually depleted fast in the first fill. Guaiacols can be generated through ligninolysis and extracted into refills too at a slightly slower rate. Furfurals (caramel, burnt sugar) are also created by heating and quite rapidly extracted in the first fill.

The colours extracted from the oaks are different, as Q.alba and Q.crispula are usually red, Q.petraea is usually lighter, almost pink in colour and Q.robur extracts a strong yellow colour. Again, charring decreases the colour extractives in the surface layer but because of the increased permeability it usually adds to the typical red/orange colour typical of bourbon.

The East European Q.robur is usually a bit closer to Q.alba in terms of the flavour compounds as it contains usually more oaklactones, eugenols and vanillin but less tannins than Q.robur from France or Spain.

The cask absorbs some of the spirit or wine used in the first fill. A large bodega butt can gain up to 25kg in weight during several decades of solera maturation and it is very likely that such cask would impart quite a lot of sherry aromas to a refill spirit regardless of the oak species used. A barrel sized cask (usually 180l) soaks about 9 litres of 50% abv whisky during a bourbon maturation. A typical wine cask is used for 5 years and several refills and is likely to absorb several litres of wine. Some of the liquid used in the first fill are bound to enter the refill whisky, but the magnitude is not known. Recharring the cask before a refill burns most of the alcohols and probably flavours previously absorbed by the wood, but re- or decharring is apparently not an usual practice for first (scotch) fill bourbon casks. Rinsing of a cask is not likely to remove significant amounts of the previous liquid soaked into the wood. If a cask has been used in fermentation of wine, it is likely to lose some weight, probably because of the wood degradation by the yeasts. It is believed that the fermentation yeasts remove some of the bitter tannins and other undesired aromas from a wine cask, although not much wine is fermented in casks anymore. 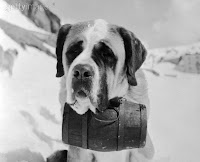 The size of the cask affects the result too, larger casks having less wood surface and headspace per spirit volume. Spirit in smaller casks mature faster but suffer from greater oxidation per volume. Smaller casks impart probably more sugars, glycerol, eugenol and galloyl esters but less lignin-derivatives, vanillin and ellagitannins and this may result in relatively sweet and spicy aroma profile different from the profiles of the larger casks.

In conclusion, the new wood casks impart the most sweet oak, coconut, caramel and smoky aromas as the refills tend to be drier, subtler but still quite tanninic. The cask maturation is very rapid in first fill casks during the first months as the maturation in refills is usually more linear and predictable, although significantly slower. Different oaks have very different tasteprofiles and the strenght and the aromas of the first filling does affect the refill maturation of whisky. Seasoning softens the astringent aromas as kilning increases the sweet aromas but does not affect so much the tannins. Below is a table showing the main differences between the species considering whisky maturation.